Home Permaculture Presentation of my project

Presentation of my project

As we are approaching end of July 2017 [time of redaction of the French article], now I have been already for 4 months in Argentina. As I start considering my new experiences in this country with some distance, this enables me to start this website and talk about topic very dear to me.

My project is threefold: learning Spanish, discovering the 8th country in the world and finding out about permaculture. Thus, the goal of this roadtrip is to travel all around the country by doing volunteering in some permaculture centers, in order to have time to soak up the local culture and the places.

I would like to share with you my experiences and illustrate what I see through my photos and videos.

Why leave to Argentina?

Who hasn’t dream on stepping on the Tierra del Fuego and going to the “end of the world”?

I have chosen Argentina for its huge diversity, both cultural and geographical.

Argentina stretches over 2,778,417 square kilometers, with 3,700 km from north to south and 1,300 km from east to west. It bordered the Atlantic cost on the east and the Andes cordillera on the west. To the extreme north-east, the geography and the climate are subtropical, whereas the extreme south of Patagonia presents a subpolar oceanic climate. The majority of the country is covered by plains and the Pampa continental shelf (around 1,000,000 square kilometers), with some regions very fertile and others semi-arid ones. 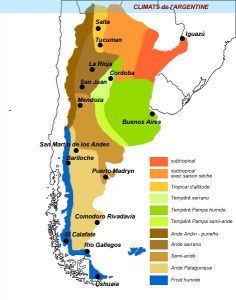 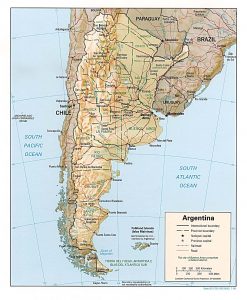 Besides its geographic diversity, I also got interested in Argentina by the fact that is population is highly mixed. Land of immigration since ever, it seems to be a huge melting-pot with diverse and varied influences. The immensity of its territory but also its history results in Argentina not being a centralized country, as it is the case for example in France. People living up north at the Bolivian border, or those at the Brazilian border (north-east) are distinct from “porteñols”, people living in Buenos Aires. In fact, Argentina is also characterized by the distinction capital vs rest of the country, since someone not living in Buenos Aires Capital would be considered as coming from “the inside”. In that regard, it is worth noting on one hand that 91,75% of the global population live in city and on the other hand that 20 million of Argentinians (over 44 million) live in Buenos Aires Capital and Province. 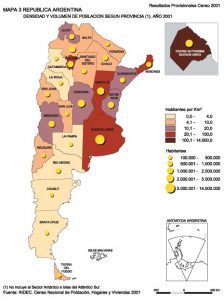 Why look for permaculture in Argentina?

You may certainly say, but why am I looking for permaculture specifically in Argentina? In particular when you knows about the extend of extensive agriculture and the use of GMOs in the country.

Currently it is the 3rd world’s largest producer of soybean, with 20 million hectares of farmland, Argentina is the first country in Latin America that introduced Monsanto’s seeds in 1996. In the past twenty years, the use of toxic weedkiller and GMS seeds has increased steadily despite many surveys that have proven real health hazard.

Nevertheless, these datas should not make us forget that Argentina is the word’s second largest producer of organic products (after Australia), and invests more and more in this kind of agriculture. The main problem remains that the organic production is mostly for exportation…

It is precisely this duality in its agriculture that makes Argentina so interesting, since it encourages us to search for its origins, its causes and its consequences.

That being said, I wish you all a good reading !